During August, 2015, we commemorate the 70th anniversary of the nuclear bombing of Hiroshima and Nagasaki, Japan, the only country ever hit by nuclear bombs. Megan Rice, SHCJ, (more information below) who has devoted her life to educating people about the dangers of nuclear weapons and uranium production, is the author of the following guest blog:

Nuclear bombs were dropped three days apart, August 6 and 9, 1945. The real mortality of the atomic bombs that were dropped on Japan will never be known. The destruction and overwhelming chaos made orderly counting impossible. It is not unlikely that the estimates of killed and wounded in Hiroshima (150,000) and Nagasaki (75,000) are overly conservative. Nor has anyone accurately counted the suffering, not just to people but to all species as well as to soil, air, and water.

Lasting damage, however, is implied in this note typed on a small, folded peace crane,

a gift of the Japanese people to U.S. citizens for this 70th anniversary:  “There is no excuse for nuclear weapons. Weapons of mass destruction can’t be necessary for world peace.”

Nuclear weapons production demands a climate of secrecy, of profiteering for some, while ignoring and denying the truth about its consequences upon everyone: uncontrollable pollution, disease for the workers at every stage from mining to manufacture, storage, testing, to say nothing of the possibility of ever using one. Nuclear weapons threaten the moral psyche of all of humanity that is so intimately linked to each other in the grand Story of Sacred Creation and in the mind and heart of the Creating One. 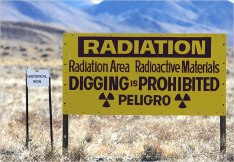 In 2009 the European Commission found that approximately 70%  of uranium used in nuclear reactors is sourced from the homelands of indigenous minorities worldwide.  The Mirarr people of Australia believe that this constitutes an unfair impact  on indigenous people now and into the future. They suffer the dangers and long term impacts of the front end of the nuclear fuel cycle; many live without the awareness of the impacts that uranium mining has on the lives of others.

Those of us privileged to hear Corbin Harney (the late Spiritual Leader of the Western Shoshone Nation First People of the Land), speak at the Nuclear Test Site in the Nevada Desert heard a similar message. Their sacred lands were desecrated by detonating more than 1000 nuclear bombs during the 5 decades following 1945.  More than 30,000 more nuclear weapons continued to be produced, tested and stored or gradually dismantled (following the various nonproliferation treaties since 1970).

of air, land, and water cannot be measured.  Impacts have caused incalculable kinds of fatal diseases  among humans (such as cancers), plants, and animals residing in the thousands of square acres which surround the Nuclear Test Site. Damage extends beyond this area and can last for generations.

A Bulletin of Atomic Scientists’ analysis estimates that the financial cost over the last seventy years for the nuclear industrial complex alone is approximately 10 trillion dollars.

Question:  How can we transform this industry into truly life-enhancing alternative projects that sustain the fullness of life for all? Please add your suggestions to Comments.

Megan Rice, anti-nuclear activist, is my SHCJ sister. She focused global attention on the multiple evils of uranium production (and the lax security of the U.S. facilities) when in July, 2012 she, Michael R. Walli, and Gregory I. Boertje-Obed conducted a peaceful protest at the Y-12 National Security Complex in Oak Ridge, TN, facility. She was released from prison in May, 2015.

New Year’s blessings to all!

And now let us welcome the new year, full of things that have never been. Rainer Maria Rilke

January 1 is but a day past December 31, yet it holds special significance for

all who follow the Gregorian calendar.* Together, the end of one year — with its joys and sorrows — and the start of a new year — with its unknown possibilities — call for celebration, reflection, gratitude, and  motivation for renewal – and possibilities of less violence and human trafficking.

Jan. 31 begins Chinese New Year, the longest and most important celebration in the Chinese calendar. It begins the Chinese year 4712.

One way or another, there’s a spirit of new beginning and unity as people everywhere begin the cycle of new calendar life.

January is Poverty Awareness Month. Poverty is a cause and/or a result of the issues remembered on the following three dates. I suggest we keep them in mind as the year begins:

Though the day is national, the issue is definitely global.

“Human trafficking is the most extensive form of slavery in this twenty-first century!”  Such was the Easter 2013 message of Pope Francis.  In November the international workshop in Vatican City, “Human Trafficking: Modern Slavery,” brought together 82 representatives of Church and State as well as NGOs and civil organizations, whose Statement on Trafficking in Human Beings presents 42 tasks to eight (8) groups to “make ours the last generation that has to fight the trade in human lives.” For 3-page statement, click here. 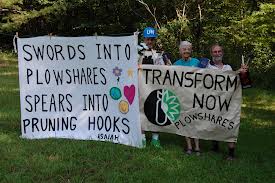 January 28, Tuesday, won’t be marked officially on any calendar, but those opposed to nuclear weapons are aware that this is the date three non-violent and unarmed protestors — Megan Rice, SHCJ, Michael Walli, and Greg Boertje-Obed — will be sentenced for entering the Y-12 facility grounds in Tennessee in July 2012. The ease with which these Transform Now Plowshares reached the highly enriched uranium storehouse alerted the US government to the insecurity of this and other nuclear weapons facilities, and alerted everyone who cares to the illegal, wasteful use of tax dollars.

Present law requires these protestors for “a healed, peaceful planet” to receive the same sentence as would violent terrorists. Please join the Sisters of the Holy Child and support groups in many locations as we pray that Judge Amul Thapar will adjust the sentence to fit the action. (If you wish to write to Judge Thapar, see: http://transformnowplowshares.wordpress.com/category/updates/.

For a full account of this incident and its follow-up, read The National Journal Group article: http://www.nti.org/gsn/article/q-jailed-nun-voices-no-regret-trespassing-nuclear-arms-facility/.

JANUARY 28 UPDATE: THE TRIAL IS POSTPONED UNTIL FEBRUARY 18.

February 2, Sunday, is a date known to all sports fans in the West: Super Bowl Sunday.

I include it here because Super Bowl Sunday is known to be the peak event for sexual trafficking in the United States annually. Held this year at the Meadowlands Sports Complex in New Jersey, perhaps it will lose this unpleasant distinction thanks to the efforts of many groups.

Among the groups working to reduce trafficking this year, the Tri-State Coalition for Responsible Investment (TRI CRI) and  the New York Coalition of Religious Congregations to Stop Trafficking of Persons (NY-CRC-STOP) are contacting managers of area hotels to urge awareness/adoption of “The Code” (Tourism Child-Protection Code of Conduct) of ECPAT (End Child Prostitution and Trafficking) http://ecpatusa.org/wp/what-we-do/tourism-child-protection-code-of-conduct/  and to inform them that training of hotel staff is available from ECPAT. For more information: Info@polarisproject.org, www.freetheslaves.net/page.aspx?pid=497, www.freetheslaves.net/page.aspx?pid=497

A group of students from the Academy of the Holy Angels who attended a student-run and student-led summit, Not On Our Turf, were so inspired and galvanized by what they learned about trafficking that they created this video:   https://docs.google.com/a/holyangels.org/file/d/0B4lmR7Qpim58OWRHRl82VVExNk0/edit?pli=1. (The School Sisters of Notre Dame, members of the Tri-State Coalition, run the Academy of the Holy Angels.)

Please join those using the following prayer before and during Super Bowl Sunday to make this the most trafficking-free year ever:

Loving God, as [our nation/ the United States] celebrates the annual Super Bowl event, we pray for those women, men and children for whom the Super Bowl means abuse, exploitation, and entrapment.  May the preventive activities lessen as much as possible the impact of human trafficking.  We also pray for all vulnerable victims of human trafficking and domestic abuse.