As the Easter season winds down, I’ve been thinking about the plight of the disciples as they struggled to recognize the risen Christ 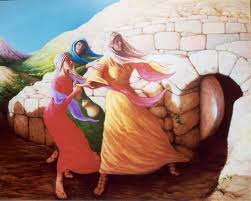 during his several appearances to them. I see a parallel with how my concept of Incarnation has changed over the years.

The Pyramid of Creation

The disciples never saw the pyramid I learned in childhood — God on the top (line) the angels (line) humans (line, with unwritten hierarchies within that category: males above females, whites abo ve others, friends above enemies, “us” above “them”) animals (line, with those most resembling humans superior to those less like us) inanimate beings — but their received divisions were just as real.

Jesus had challenged them to transcend dichotomies and hierarchies of Jew and Gentile, male and female, acceptable and unclean, religious authority and common person. Now, in the space of a few days, he asked them to believe that he was present in bread and wine, died, and was alive with them. They had no outside models or authorities to assist them to cope with these mysteries. They had to become authorities! 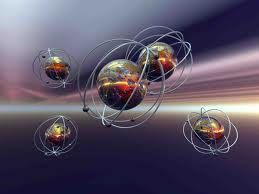 How has quantum physics changed your way of thinking?

On the first day of the first quantum physics course I took, the class received topics for our final paper. One read: “How has quantum physics changed your way of thinking?” I noted that the end of the question was missing. Changed my way of thinking about what? “The question is correct as stated,” I was told, and by the end of the course, I began to understand — and my consciousness was, indeed, changed. We might have to deal with things in categories of human making, but the new science shows that edges are “soft”: all being is in communion; everything is interconnected (both in space and time); each has its own uniqueness. (Cf. the Christian Trinity!)

Connection with the Incarnation

I’d long believed that God is everywhere. I’d sought to find God in all things. Now I was called to connect those realities with Incarnation. Within that worldview, I came to see that Creation, Incarnation, Eucharist, and Resurrection were parts of one whole. The Christian Scriptures call us to see God/Jesus in all people. But, since nothing can be isolated from the whole within which it exists, God must be present not just in humans, but also in all creation. The “us” in God-with-us must include every molecule of creation in its interconnected parts.

What does it mean to change your way of thinking?

“Changing my way of thinking” meant losing divisions embedded in my psyche. It meant stretching my conceptions of identity: mine, God’s, others, and how we all interrelate. Jesus retains his humanity/divinity with no diminishment of either. Humans retain their special gifts and responsibilities and “image of God.” But the divine presence is also within all creation’s interconnected, differentiated, precious parts. Each bears, and witnesses to, the divine.

In the beginning was the Word …

With this new consciousness, I re-interpret “In the beginning was the Word. . . and the Word became flesh. . . .” Once I thought it 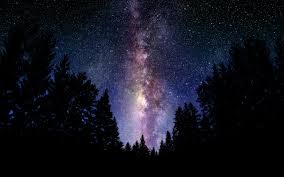 referred to Jesus alone. Now I believe that the Word cannot be separated from the divinity that inhabits and enables creation everywhere at every moment. Nor can Jesus be separated from the forces responsible, with the Spirit, for humanity. Like all human beings, Jesus’ ancestry dates back to stardust. It evolved in ever-ascending complexity through plants, animals, and eventually to conscious beings and homo sapiens. It couldn’t have happened without the life forces (air, water, plants, etc.) that kept creation going.

With this consciousness, I re-interpret “This is my body. . . .” from applying only to Jesus and members of the Mystical Body. For the reasons given above, I believe all Creation can be viewed, mystically, as Christ’s body (panentheism, not pantheism). “By his incarnation [Christ] inserted himself not just into our humanity, but into the universe which supports humanity. The presence of the incarnate word . . . shines at the heart of all things. (Teilhard de Chardin, SJ) Surely it shines in the consecrated host where all creation has been offered and transformed. Here we find the Heart of all reality.

The disciples learned to see Christ in the bread and in the person in the upper room, at Emmaus, and on the beach. I am still learning to see Incarnation not just in Jesus Christ, but in all creation. Theologian Elizabeth Johnson says it this way: “The Creator Spirit dwells at the heart of the natural world, graciously energizing its evolution from within, and drawing the world forward toward an unimaginable future.” Alleluia to that!

One thought on “Post-Easter Reflection”